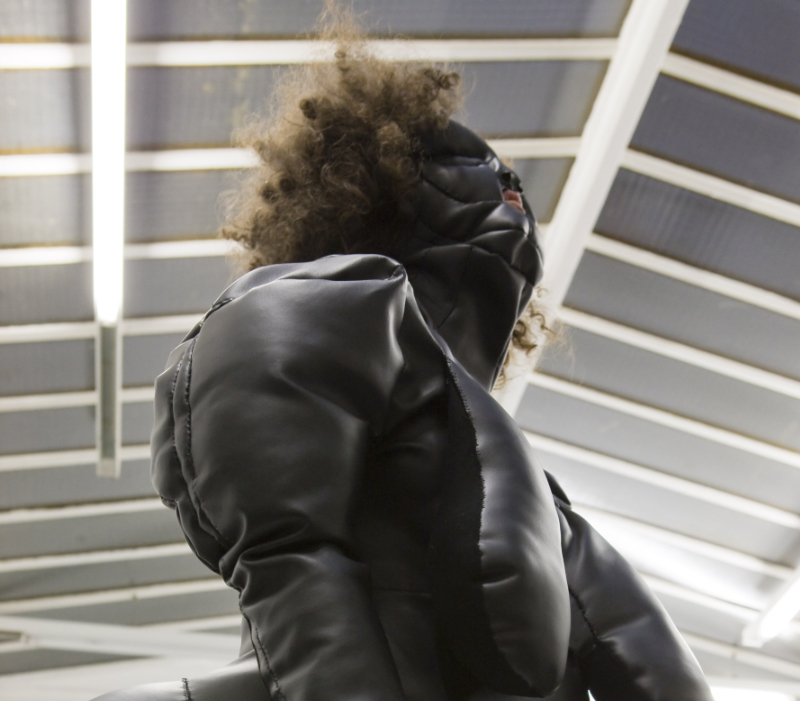 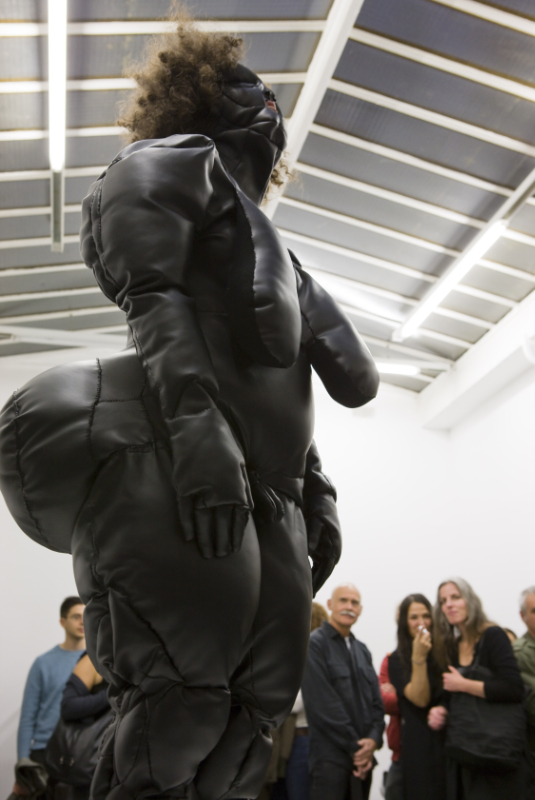 |
Teresa María Díaz Nerio (*1982, Dominican Republic, The Netherlands) studied at the Gerrit Rietveld Academie in Amsterdam and the Dutch Art Institute in Enschede and works with language, text, perform- ance and video. She often collaborates with Stefanie Seibold, creating installations and performances. Their combined interest aims at building spaces that question strategies of visibility and defer fixed areas of meaning in order to develop and provide new narrative structures.

The performance and video work Hommage à Sara Bartman elucidates the life, death and afterlife of the South African Khoisan woman Sara Bartman. Under the iconic name “Hottentot Venus”, Bartman was exhibited in England and Paris at the beginning of the nineteenth century as part of a popular entertainment industry. The fascination that the Khoisan women’s genitalia and large buttocks (steatopygia) held for biologists was indeed one of the reasons why Sara Bartman was kept as an object at the Musée de l’Homme in Paris after her death. Her skeleton, a cast of her body, her brain and genitalia were on display until the 1970s, when feminists’ protests against this exposure succeeded. In 1995, Nelson Mandela requested the repatriation of her remains, which received a final resting place in 2003. Hommage à Sara Bartman touches on the fact that Blackness has a history of being performed in a denigratory way. The artist performs as a living sculpture, wearing a full body costume and remaining motionless, suggesting a helpless state of objectification of the Black female body – raped, exhibited and voyeuristically illustrated throughout the centuries as another trophy for “Man”. In the piece, Sara Bartman does not depend on the audience to recognise her humanity. She is acknowledging herself in that historical context, only this time she doesn’t bow, doesn’t look, doesn’t dance, doesn’t play a stringed instrument, she just doesn’t. Text: Teresa María Díaz Nerio